Sophia Engineering – an ambassador for French Fab at the Hanover Messe

This year’s Hanover Messe, the world’s largest industrial technology trade show, held in Hanover, Germany, from 23rd to 27th April 2018, is the place to come for French Fab.

Sophia Engineering opened the review of solutions and companies exhibiting in the French pavilion and flying the flag for French Fab.

As happens every year, the German Chancellor officially opened the Hanover Messe on Sunday 22nd April, the day before the start of this major global gathering for industry which lasts until 27th April. Angela Merkel announced that the government will be boosting its support for the development of artificial intelligence.

The Hanover Messe is expected to attract 5,000 exhibitors showing off the very latest in cutting-edge industrial technologies. 160 French companies are expected, with some of them exhibiting in the French Fab pavilion. This will be the first time that the industrial promotion initiative launched last October has gone abroad. Sophia Engineering is proud to be both representing excellence in engineering and promoting French industry. 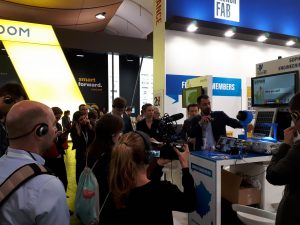 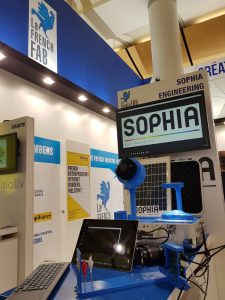