Sophia Engineering is at number 21 in the 2019 ranking of the best companies at which to work in France. For the fifth time since first taking part in 2013, Sophia Engineering appears in the >Best Workplaces® France ranking.

and is constantly aiming to improve, Sophia Engineering has made transparency a key principle in the company’s organisation.

As we are convinced that autonomy is one of the most powerful levers for progress in business, 100% of Sophia Engineering employees were asked which detailed figures they would like access to, with the aim of strengthening their independence.

The result of this initiative is an internal team motivated by this sharing of key information. Taking another important step in terms of cultural and organisational transformation, the Sophia Members – as they call themselves as a collective intelligence – now have access to all the information they need to do their work along with the organisation’s detailed management indicators, accessible every month via the in-house social network duplicated the sending of an e-mail to the whole of the company.

Sophia Members contribute to achieving the company’s goals: turning ideas into industrial reality with the support of the whole of the organisation.

As part of this background stressing the sharing of the value created, every Sophia Engineering employee received a bonus on 30th March 2019, as part of the “One-off tax-free bonus exempt from social security charges” announced on 10th December 2018.

This is further proof of the profit-sharing at Sophia Engineering, and the company has seen an increase in turnover of over 25%.

In a business culture which has seen performance revolutionised, 85% of Sophia Engineering employees feel that they “make a personal contribution to the business”. »

Companies that are great places to work are based around the day-to-day relationships experienced by employees.

The key factor that all these relationships have in common is trust. From the employee’s point of view, a company which is a great place to work is a place where:

“Sophia Engineering, is an innovative company which is constantly striving to create the harmony between economic performance and social performance which, for the fourth time, has earned it a place in the ranking of great places to work in France.” 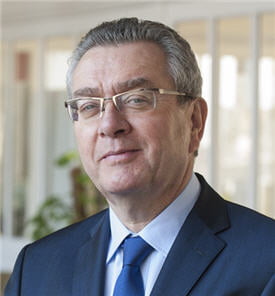 Director of the Great Place to Work® France Institute

Sophia Engineering exhibiting in the GIFAS’s French pavilion at the Singapore Airshow 2018 from 6th to 11th February 2018.